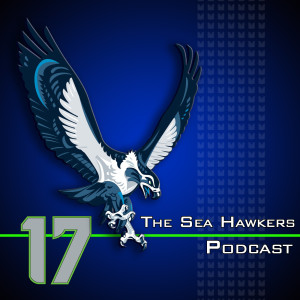 For a bye week, there was a lot of attention on the Seahawks for the wrong reasons.  With the biggest game of the year next up on the schedule, the news was magnified around a four-game suspension for Walter Thurmond and a potential year-long suspension of Brandon Browner. Adam and Brandan talk about what the suspensions mean for the team moving forward.

The Saints may have the second best record in the NFC, but the guys are both extremely confident that this game will work out in favor of the Seahawks. Between home field advantage and the noise generated by the second attempt at the Guinness record, and simply how well this team matches up against New Orleans, Seattle should take another step toward securing home field advantage.

Adam and Brandan hand out the “coveted” bye-week awards. They disagree on who should win the award on offense and special teams and come to agreement on the defensive side of the ball. They also hand out awards for best offseason acquisition and rookie of the season so far.

They finish up by telling a pair of Cowboys and an NFL reporter to “do better.” A bonus “do better” is directed toward Black Friday shoppers. This weeks' Better at Life segment is split between Seattle and New England as the Coach Belichick makes a bold decision on Sunday night and the 12th MAN reaches the top of Mt. Everest.