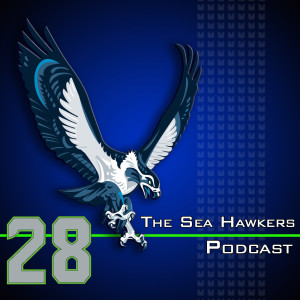 Jared Allen sounds close to signing with the Seahawks, but says he needs the weekend to make a decision. Adam and Brandan talk about how signing Allen would dampen the pain of Golden Tate leaving the team.

The guys talk about why Tate ultimately left Seattle and how it's not hard to blame him for doing so, although it sounds like Golden has been taking quite a bit of heat for it via Twitter. Cracking on him out the door isn't going to brink him back and takes away from how hard he's worked in his time in Seattle. Is Tate's departure the biggest hit the team? Finishing off the hour, the guys look at other teams around the NFC West and how they stack up with their free agent moves so far.

Ryan Asdourian, handler for the Seahawks mascot Blitz, comes on the show to talk about some of his greatest moments on the sidelines and off the field at charity events, his diagnosis with Multiple Sclerosis and the Blitz Tackles MS events coming up in Seattle next month.

In their “Do Better” segment, Brandan cracks on Steve Smith for his response to a online video that went viral and Adam takes on a former Seahawks receiver who thinks he would dominate Richard Sherman. Finally, find out why Zach Miller and Jared Allen are this week's “Better at Life” nominees.