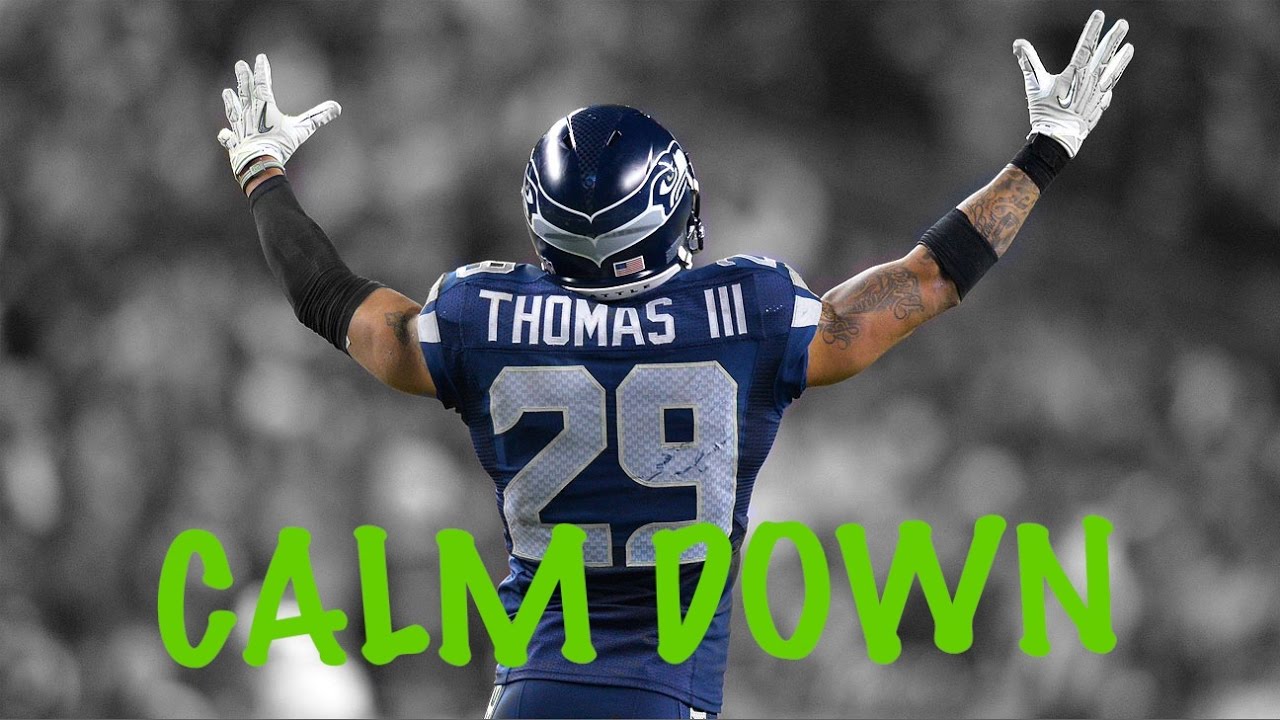 Hello again flock… I must admit I’m way too subdued. We pummeled a Panthers team that just the week before put up 32 points against the silver & black on the road! We finished a team’s season who finished our season last year!!! We swept the leg, we put’em in a body bag and we showed no mercy in our dojo!!!

And as much as this fires me up…

Here I am, uncomfortably numb knowing that the rest of this year we’ll be heading to battle without our HOF safety, Area 29 himself, Earl Thomas. Dang. What can ya say or do to make the feeling go away? Nothing. Heal well Earl, heal quickly and we’ll see you on opening day 2017!

Let’s turn to something positive…

Of all the INs this week this one makes me the happiest. Why you ask? Because just one week ago I said Kearse was done. I said the era of Kearse delivering value and clutch catches for this team had gone the way of Romo. And I also asked Chop-Chop to prove me wrong.

I’m happy to report he did.

He looked pissed. He was focused. He was on point and he had his best game in many, many weeks.

Let’s just keep building on this Jermaine… after all, this is your time of year.

I know we crushed them. But… it still didn’t feel great, did it?

Morgan’s timely pick to start the match lit the stick o’ dynamite, but it was quickly extinguished a few plays later as we settled for 3.

The McEvoy drop on 3rd and 5, the failed 4th down attempt…

Then the Russ pick after we quickly got the ball back around mid-field gave the Panthers new life at 10 – 0, which quickly became 10 – 7 after the injury to Earl… Que lastima!

It just felt like we were allowing a team to hang in this game and though we eventually crushed the Camthers, my thoughts were set adrift to a potential battle at AT&T stadium where ‘dem Boys would sop up any crevices we provide them. I even dreamt of the Planet Houston where we may see Tom Patriot one more time this season or perhaps the upstart Raiders driven by their fancy silver and black Carr.

We beat down the Panthers, but dare I borrow a line from Pete Prisco and say that we were merely good, and not great??? Want one stat to prove it?

For the South Park fans amongst us, here’s your weekly dose of ‘Member Berries served up in a warm Cup o’ Family Ties!

Alex P. Keaton, the Brooks Brothers, buttoned up, Reagan loving conservative ruled the roost. So naturally, Mallory (his sis) brought home Nick, the rebel without a clue rocker… they were as opposite as they could be and yet, it all worked wonderfully on screen.

Jimmy Graham, the monster HOF TE who has re-emerged as a TD making machine in his sophomore season as a Seahawk.

Nick Vannett, the rook from THE Ohio State that was lauded as an incredibly smart run-blocking TE.

Together again… for the first time!

Watching a John Schneider and Coach Carroll plan slowly simmer and wade through weeks of wounds to coalesce in game 12 of the season… Well, it simply re-affirms that these 2 gentlemen are playing chess while much of the rest of the NFL are occupied with checkers.

Jimmy continued his Pro-Bowl year hauling in 63 yards and a sweet 1-yard TD late in the contest.

Nicky V. added 2 catches, one a big 21-yarder to move our beloved ‘Hawks from mid-field down to the Camthers 29 leading to 3 more points for our boys!

And we cannot forget, on Lockett’s 75-yard jet-sweep rocket run down the sidelines it was Vannett’s key block that sprung the 2nd-year stud from K-State!

These TEs are quite different… and that’s quite alright by me!

Who else is fired up to see what Vannett can do for our ‘Hawks down the stretch!!!

This game wasn’t close but neither was our D-Line to recording a sack. This bugs me.

Yes, I’ve read the articles stating we barely blitzed. Yes, I understand it was our gameplan to rush 4 and keep Cam pocket bound, and yes I realize we got enough pressure to get in Cam’s head and our DBs had their city on lockdown like the Bat-man in Gotham… still…

At home, in prime time… we need to see the opposing QB eating turf multiple times per game!

IN – The Earl Answer

This is about how our offense responded.

After the Russ pick.

After the Earl injury.

After the Terrell gaffe getting the Camthers within 3.

Then, we added not 1, but 2 FGs on top of that as we headed into halftime.

This was the offensive answer of the year… well done.

OUT – Lane’s Fly Away Home

We’ve talked about this before. When you win by 33 it can be difficult and frankly a bore to over nitpick something so minute to death as to ‘award’ it an OUT.

Were there other things that could’ve been cleaner… yeah sure. But when you nearly put away your division rivals by putting down the team that sent you packing just last year, why not choose to celebrate more and worry less? Right?

With this good spirit in mind we’d like to share with you an OUT that our good buddy Keith Ketover caught and was kind enough to release to us all via #3i3o on Twitter.

Now, I’m not even quite sure if this is an IN or an OUT or as Keith put it … a WTF! But funny is funny, so let us just enjoy Jeremy Lane starring in ‘Fly Away Home’. And the best part… he gets a response from Lane after calling him out! Hilarious.

Out: WTF was that arm flapping move by @StayingInMyLane? #3i3o

.@StayingInMyLane Here you go. I thought you might want this captured for posterity. https://t.co/VlGXnkv7h5

Well, we already saw the funny from Floctimus Prime but we had some other great contributions as well, so let’s check ‘em out and remember people to get into the weekly article, ya just gotta tweet #3i3o during the game! That ain’t so hard now is it!

First, gotta show some love to Kevin Moore for reading last week’s article and disagreeing with my suggestion that we should take the ball instead of deferring. Well, against the big cats Kevin was completely right, we took that 23 – 7 lead into halftime and then Lockett did the rest on the first play in quarter #3!

I actually like deferring. As a second half team I'd rather start the 2nd half strong than the first. #3i3o

I always appreciate some Ross Bell because, well, he gets it… and Pringles are delicious!

Picking pringle crumbs out of my beard at 1:45am because I couldn't see how many were left in the tin, the life of a UK hawks fan #3I3O ?

Keep the fun coming folks. This weekly article is for us and it’s better because of you.

Didn’t we lock you in a dumpster one time?

They are calling for snow boys and girls… snow!

Snow favors receivers. Snow favors QBs who can create outside the pocket. So where does this one go?

We march into the frozen tundra and we exit with a big, big W.