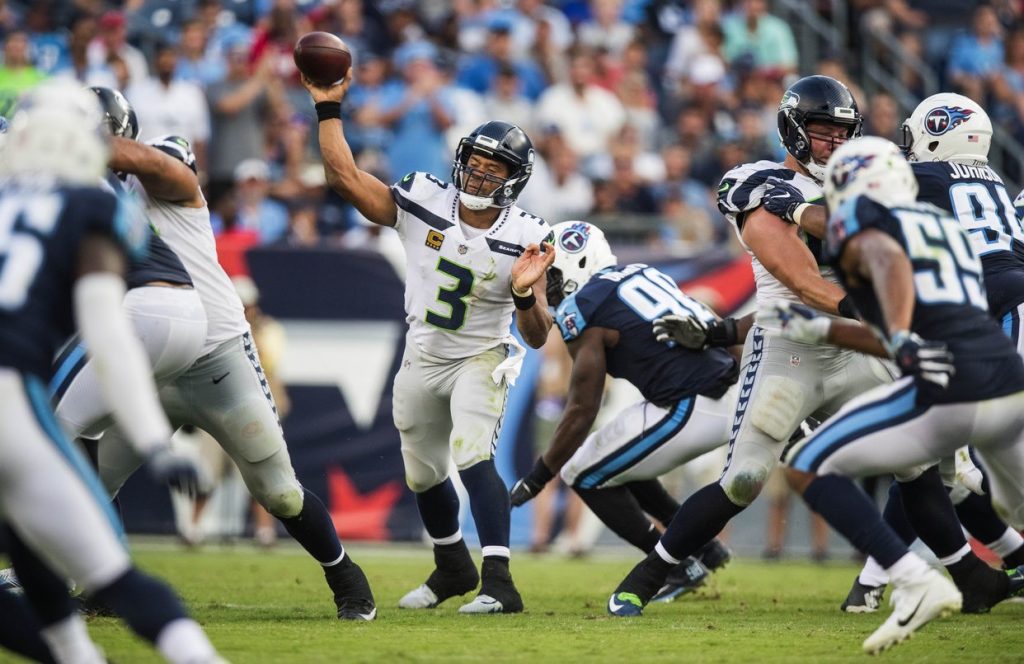 Synergy. It’s that overused word folks sling to appear smart. The ole 1 + 1 = 3!!! The idea that if 2 units merge together that their sum is greater than the whole of their parts. Funny thing is… there’s no true antonym to this word. There’s ideas that get sorta close and define things as singular, or alone and not in union… sure, that’s close. But, there’s no word that represents the exact opposite where the 2 parts, that should be in synch, cause the whole to shrivel, sour, or sink.

There might not be a perfect word for it, but we witnessed a ‘perfect’ performance that delivered us 12s the opposite of synergy, and another road loss.

Apologies in advance, this version of #3i3o will be a bit of a shotgun blast as the ultimate thief we know as time, is demanding me to be in other places. Without the ability – yet! – to attack this assignment through quantum physics, I offer you the  Spaceballs short, short version. Sure, I could take a knee, but that ain’t my style. So instead, prepare to make the jump to Ludicrous Speed!!!

At the end of the day, we didn’t lost because of ALL of those things above.

We lost because we allowed a 75 yard TD run to Steamin’ Willie Parker.

We lost because we allowed a 43 yard TD throw, on a double-reverse, from Antwaan Randle El to Hines Ward when we saw ALL YEAR that Pittsburgh would run at least 1 trick play per game.

Sunday was like looking at the Ghost of Seahawks Past. Two gashing gainers humbled our ‘Hawks. A 55-yarder to Rishard and a 75-yard dash by DeMarco.

Combine that with issues the week previous that saw Carlos Hyde earn yards in big, big chunks and… well, as Adam always says, twice is a coincidence. What comes next? Three times is a ‘you’ problem. This team needs to avoid these big timers to assure this ain’t a ‘you’ problem.

Richard Sherman was trying to send Mariota back to Hawaii pic.twitter.com/CmU8iiQZtQ

In hockey, if your team is on the road, playing flat and just can’t get into 2nd gear… someone hits, as hard as they can, the best player wearing the opposing sweater.

I don’t buy into this narrative that Sherman needs to keep his emotions in check. And I certainly don’t buy into it after he hits an opposing QB on the road when that QB was still in bounds.

“He was still in bounds so I play until the blow of the whistle,” Sherman said. “If the quarterback slides or kind of gives himself up or does something like that, then you stop. But if there’s still yards that he’s gaining, you’re taught to play to the whistle.

“It’s so crazy the way the game is nowadays. (Mariota) came up to me and said ‘good hit’ because he understood that I’m playing till the blow of the whistle. I’m not waiting until you took two steps out of bounds. It’s a game of inches and you can’t give up anything, and it’s just one of those plays. It’s football. It seems like the world is getting a lot softer in terms of the way it’s officiated and the way it’s seen, but it’s football at the end of the day.” – Richard Sherman

Sherman is the exact player you’d hate if he’s not on your team and I love that about him.

OUT – Death Row, Offsides, and Out of Sight

Much of our line has caught a bad case of the #72s … We accept as 12s that Bennett is going to go (or line-up!) offsides at least once a game. But who knew it was contagious? Sheldon, Clark, was that Avril too (I’d have to go back and watch and well… I’d rather not) beating to their own drum, jumping the gun and giving TN an easy 5?

If your unit goes offsides multiple times BUT sacks the quarterback 4+ times in a victory… all is forgiven yes?

If your unit gives away crucial first downs and doesn’t register a single hit on Super Mariota the entire game… I dub thee unforgiven.

By the way, see the IN above and understand why Sherman took the shot he took.

We know the Titans have a good O-line, but they made our pass rush look downright pedestrian.

Coach Bevell found the “good plays” book late into the 2nd quarter. Ya know, par for the course for our ‘Hawks offense and if it wasn’t already uber-evident, Russ and company needed to get vertical.

When we dink an dunk and rely on 5 yard outs and WR bubble screens, our offense is so predictable, so boring, and not effective. We thrive on chunk plays and we thrive on getting the ball down the field. Like so!!!

RUSSELL WILSON THREW A PASS THAT WAS CAUGHT BY A SEATTLE SEAHAWK SIREN EMOJI pic.twitter.com/jEUQRBE7aN

This offense, for the first time all year, showed us what the passing game could do. Russ wasn’t perfect, he missed some throws and btw in the first half anyone not named Baldwin failed to come up with nearly all contested passes!

Yet, when they opened it up. Baldwin, Prosise, P-Rich, Jimmy, Luke… over and over again. And what gets lost in our downfield success is that it parlays into better red zone execution too for Russ. Look at that needle to Baldwin for 6. Look at the checkdown to Carson in stride for 6. Look at that slant to P-Rich for 6.

The Sexy Deep Ball isn’t just a chain mover, it’s a red zone groover. Now, is it possible for us to see an SDB dare we say… in the 1st quarter of a game!!!

OUT – Run Blocking Regression on Repeat

Credit where due, the O-Line was better in pass protection in this game. Not perfect by a long shot, but markedly better and with Russ back there, well, we saw the results right?

But the run blocking, que lastima! It’s hard to watch this. We failed to convert on 3rd n’ 1 in the first quarter as Luke Willson was 2 strides too late to fill his hole. This resulted in Carson, stuffed behind the line of scrimmage, forcing a punt on a promising drive. It killed our ‘mo, it put the defense back out there for more, early minutes, on the road, when the on-field temperatures were above the century mark.

Russ can go for 375 and 4TDs, but if we can’t run block, we won’t win games against quality foes.

IN – Shaq Continues to Shine

Lane did NOT have a good day. Shaq Griffin did though. He’s sticky, he can tackle, and though his presence hasn’t translated into turnovers quite yet, if you are as skilled as he is with sticking with your receiver, it’s inevitable that kind of coverage will lead to turnovers.

We need ‘em! So let’s see ‘em. In the meantime, kudos to Griffin who in his first 3 NFL games, has made it on this side of the ledger 2x.

Ella was liking what she was seeing from our offense. She and I seem to disagree on Big Perm, Big Sherm, and that’s OK! Thanks Ella!

On the IN, we do know how to move the ball. But Sherman's attitude is a major OUT. #3i3o

There was a ton more banter on the Sea Hawkers Ring of Honor on Facebook and due to time, I’ll need to #DoBetter next week to make sure it all gets included!

Well Flockers, we discussed in the preseason that our team was trying to operate in some quantum existence and in football, there’s no such thing. Either we are a championship team… or we are not. We perhaps don’t need ‘synergy’ to get back on track, but we certainly need both sides of the ball, to play consistent, solid football, at the same time.

Home. Primetime. Bad Colts team that has a dangerous QB and he’s not named Luck.