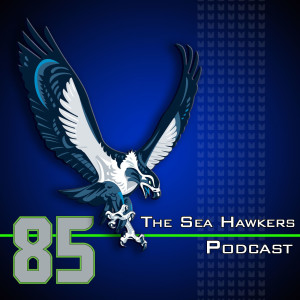 The Seahawks get their first win of the preseason on the road against the San Diego Chargers thanks to a 60-yard field goal from Steven Hauschka. In the 16-15 victory, Seattle gets all of their points from special teams including another touchdown return by rookie wide receiver Tyler Lockett.

Of course, this leaves us with questions about the Seahawks offense and many fans concerned about what to expect when the regular season starts in less than two weeks. Brandan and Adam feel that it's important to remember the way we've seen this Seahawks team win in the past as well as a reminder that two of the team's best players (one on offense and one on defense) haven't been playing in the preseason.

The Seahawks have cut a number of players to get down to the 75-man roster by Tuesday and it appears Drew Nowak has won the starting center job based on one of the most notable names cut. The Hawks get a draft pick from Carolina for a wide receiver drafted in 2014, and the guys' favorite Seahawks emcee is let go following a solid effort in San Diego.

After the break, the guys talk about the pick 'em league starting back up for all to join (see the link below). Listen in to find out why Phil Simms and Seahawks beat writer Bob Condotta need to do better and why firefighters and the rain are better at life than Skip Bayless.