This heavyweight podcast bout is officially sanctioned and sponsored by Fans Against Violence. Adam and Brandan have previously given their highest endorsement toward the folks of Fans Against Violence (fansagainstviolence.org) as being “Better at Life than Skip Bayless” for the work they do to champion the message that sporting events are an act of fellowship and community between fans, and that each person who attends a professional sporting event should feel safe and be protected.

This podcast won't stop Pete Carroll's furious gum chewing from raising the ire of 49ers fans or prevent Michael Crabtree from lobbying for a penalty flag if he doesn't make a catch, but we can enjoy a look at the upcoming matchup between the Seahawks and 49ers. 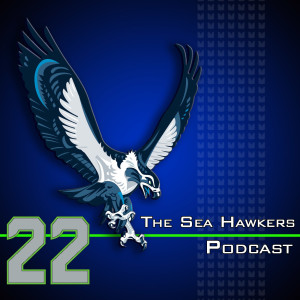 The Seattle Seahawks face the New Orleans Saints in the divisional round of the playoffs on Saturday. Adam and Brandan take a look at the team that picked up their franchise's first road playoff win as they return to Seattle after a 34-7 loss in Week 13.

Brandan offers a suggestion on one play the Seahawks absolutely have to run from the previous game and Adam talks about his mindset on going into the game with the lowest possible expectations to help set up any postgame reaction.

The guys also discuss the interest in Seahawks coaches and how that may or may not be a distraction to the team in preparing for this week's game. Adam and Brandan disagree on which coach the team would miss most.

With the Seahawks holding the #1 seed in 2005, former defensive tackle Craig Terrill comes on the show to talk to Adam and Brandan about what players are going through leading up to this week's game. He offers his thoughts on this team's defensive line, what it was like practicing against two great Seahawks offensive linemen and his perspective on different coaching styles having played for Coach Holmgren, Mora and Carroll.

In the”do better” segment, Adam shares a story about a 49ers fan who is so passionate about her team that she was ready to fight him and Brandan targets the 49ers organization for bringing in a sub-par motivational speaker. Better at life this week focuses on the bay-area team in the AFC and Marshawn Lynch's handling of his fine for not speaking to reporters. 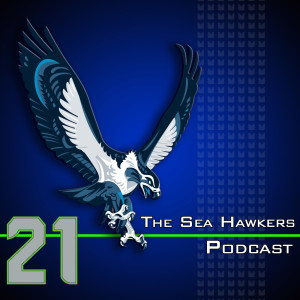 After taking a week off, Adam and Brandan are back to talk about the game that earned the Seahawks a #1 seed in the NFC. The road to the Super Bowl goes through Seattle!

The Seahawks defense set the tone in the 27-9 win over St. Louis with an interception return by Malcolm Smith. From there, the Seahawks offense was able to add 20 with the help of one of the biggest meltdowns we've ever seen on the field by a player.

Coach Carroll surprised many of us today with an announcement that Percy Harvin is going to practice this week with a plan to play in the playoff game on Saturday, January 11. This comes after days of speculation that Harvin would be placed on injured reserve for the playoffs.

The guys play a couple of calls into the show and talk about why fans should get used to the idea of bandwagon fans. The officials have taken away the Seahawks' opportunity for a revenge game and a Seahawks-centric “Better at Life.” 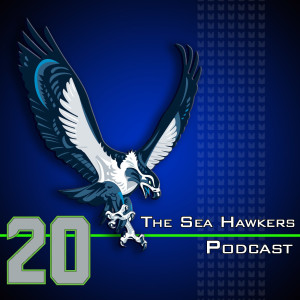 Despite John Lynch conceding points to the New York Giants in the fourth quarter, the Seahawks come away with a 23-0 shutout this week. Adam and Brandan talk about some of the dominant performances by players on defense and special teams. Is it coincidence that Episode 20 focuses on some amazing plays by cornerback Jeremy Lane?

The guys also talk about which former USC quarterback the Seahawks are making their opposition look like. The Arizona Cardinals may be 6-1 over their last seven games since facing the Seahawks, but when Adam runs down the list of their opponents over that stretch it's easy to see why they've been so dominant.

Jenny Goos, of OnHerGame.com, is the first interviewee to make a return appearance to the show. She leaves no doubt as to the team she would want to see the Seahawks face in an NFC Championship game.

A reporter who doesn't do his research on Seattle wide receivers is called out in the “do better” segment along with a pair of announcers Seahawks fans are likely familiar with. “Better at life” focuses on an effort by the 12s to raise money for the children's hospital in San Francisco as well as the newest addition to the Sea Hawkers family. 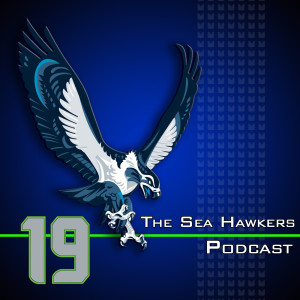 The Seahawks may have lost to the 49ers this week, but with the Seahawks so far out in front in the NFC it's tough to take a two-point, 19-17 loss very hard. Adam and Brandan talk about the plays and penalties that had a big impact on this game. As difficult as it is to do, they even give credit (ugh) to the opposition. Looking past this game how is the playoff picture impacted and what do the Seahawks need to do from here on out to hold onto the top seed in the NFC.

Dave Wyman, former Seattle Seahawks linebacker and co-host of the Wyman, Mike and Moore show on 710 ESPN Seattle, comes on the show to talk about if there is such a thing as a good loss and what to expect with the matchup with the Giants.

It's a big week for emails and reviews on iTunes, so the guys read those and even offer solutions to some family issues overseas arising from Seahawks-related conflicts. Finally, Adam talks about why he'll never buy a certain brand of headphones, Brandan breaks down how to handle any 49ers fans you may happen to be friends with, and as always the show ends with picks of those who are Better at Life than Skip Bayless.